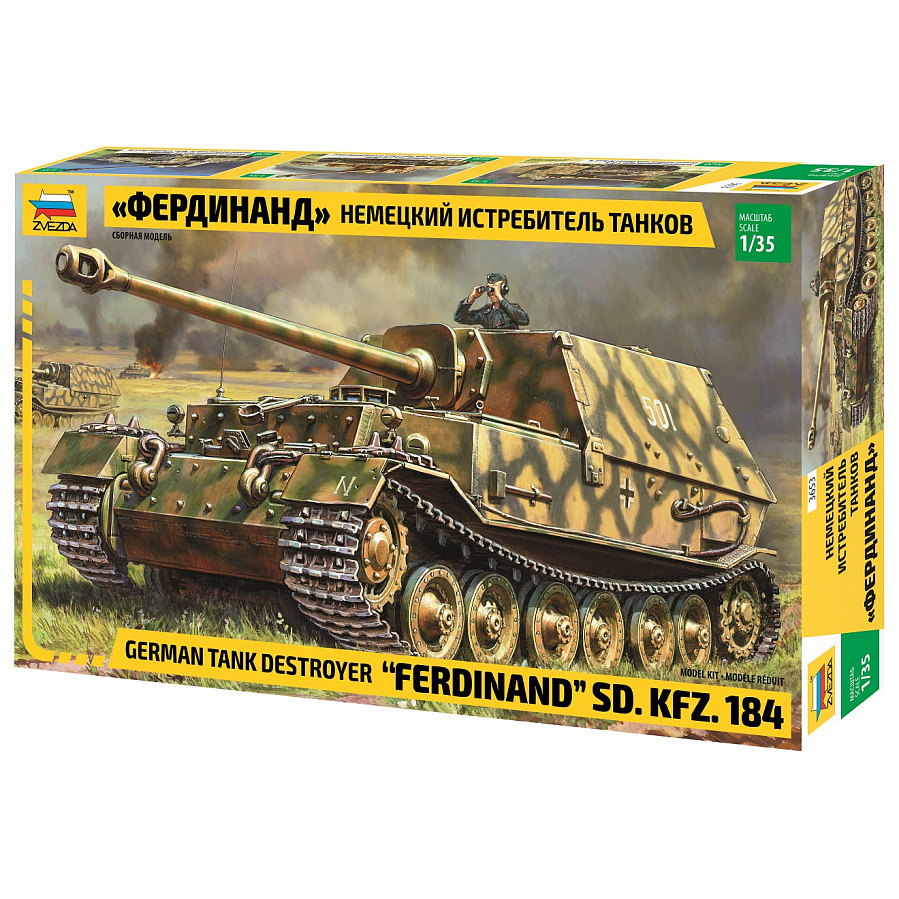 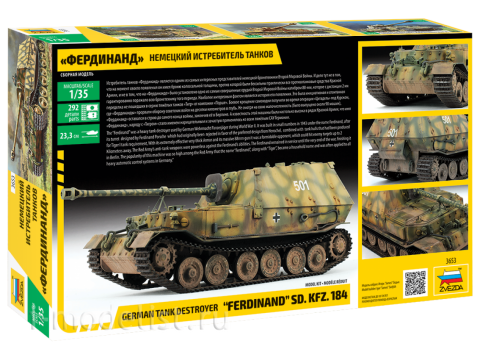 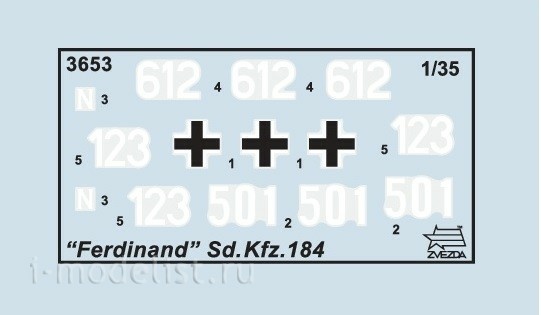 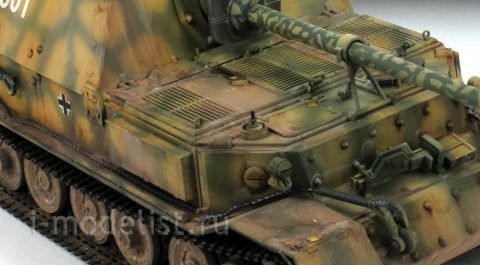 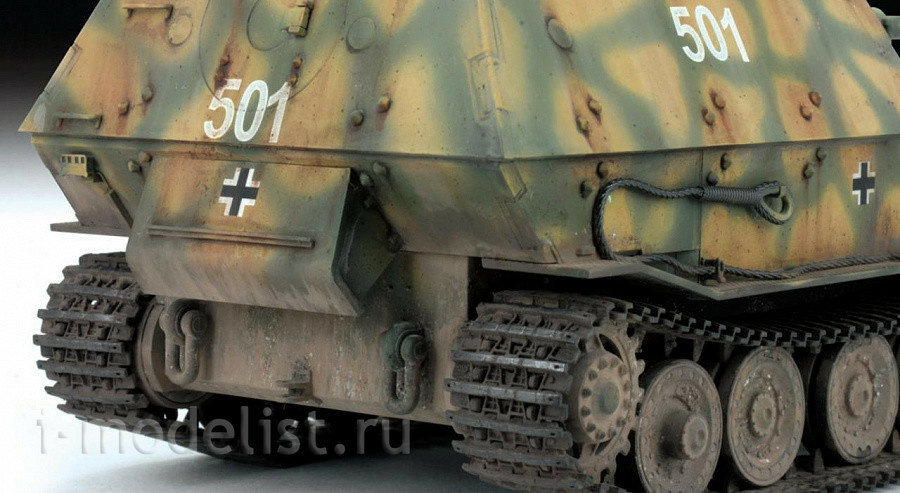 tank fighter "elephant", also known as "Ferdinand", designed on the basis of a prototype VK 4501(P) tank T-VI N "Tiger". This version of the Tiger tank was developed by Porsche, but the preference was given to the design of the Henschel company, and the manufactured 90 copies of THE VK 4501(R) chassis were decided to be converted into tank fighters. Above the control and combat compartment was mounted armored cabin, which was installed powerful 88-mm semi-automatic gun with a barrel length of 71 caliber. The gun was directed towards the stern of the chassis, which has now become the front part of the self-propelled unit.


Caution! Glue and paints are not included.﻿ 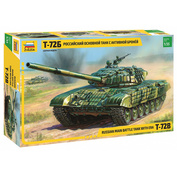 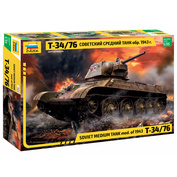 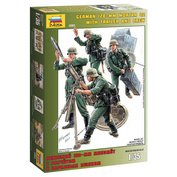 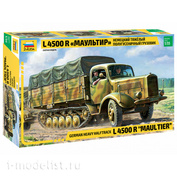 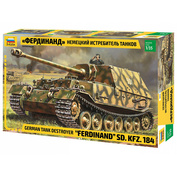